La Cinémathèque française
Website for the Cinematheque Francaise, including educational and event information, as well as background information on the association and its history.

Film International
This online equivalent of the print journal features both original articles and selections from the print text.  Topics range from film analyses and reviews to research pieces on directors as well as national cinemas.

Italian Cinema
A great collection of resources about all aspects of Italian cinema.

Senses of Cinema
"An online journal devoted to the serious and eclectic discussion of cinema," the site offers extensive and well-documented information on films and filmmakers from around the world.  Note the interview section, the research article section, and the reviews of recent books related to film and film studies. 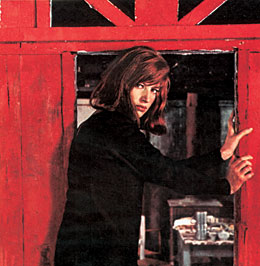